The High Meadows of Bearwallow Mountain 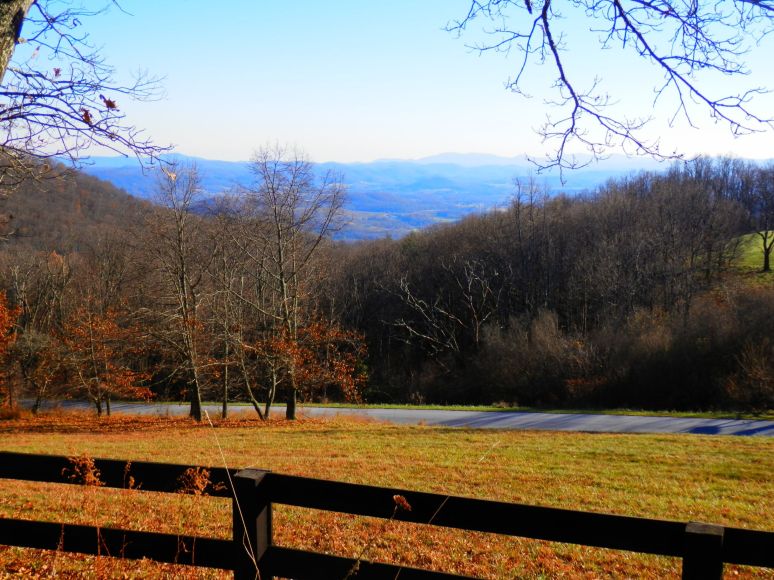 The second highest mountain in Henderson County, North Carolina straddles the Eastern Continental Divide just west of Lake Lure and Chimney Rock. Bearwallow Mountain reaches an impressive 4,300 feet in a area of the eastern Blue Ridge where most peaks are under 3,000 feet. Although I chose not to climb to the summit on this crisp November afternoon, I preferred to explore the highly unusual treeless pastures of its southern slopes at the 3,800 foot level.

Before the Great Recession, a developement known as Grand Highlands took the existing cattle and horse pastureland and tranformed it into a dreamland of trails for walking, biking, and jogging, and introduced horseback riding to the high ridge. 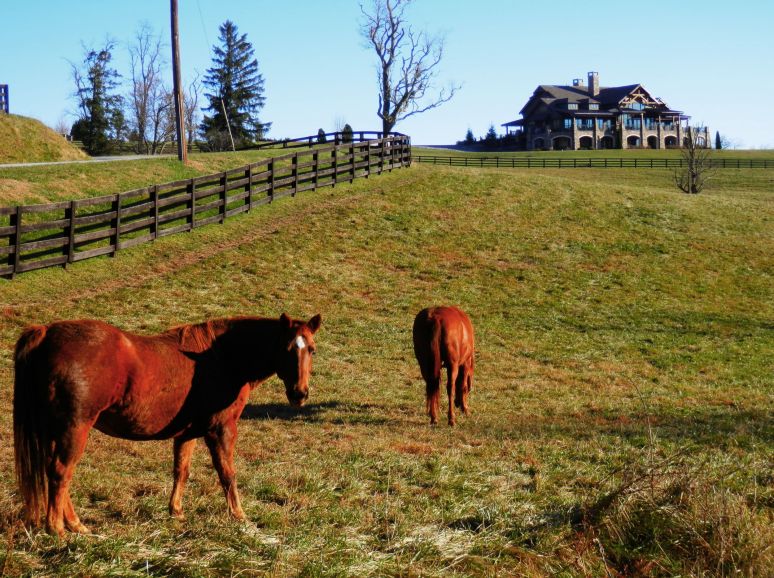 An impresive wood and stone lodge was built on a hilltop, and over time, grand mountain homes have been built around the 400 acre, well manicured tract. It is the highest residential development in Henderson County, where the tourist mecca, Hendersonville, is the main town.

Some fortunate homeowners have a rare 360 degree panoramic view of Hickorynut Gorge to the east, Mount Mitchell to the north, and the apple growing region of North Carolina in the valley to the south. The drive up to Grand Highlands takes you through mile after mile of old growth apple orchards, with knarled trees planted in perfect rows along the rolling hills. 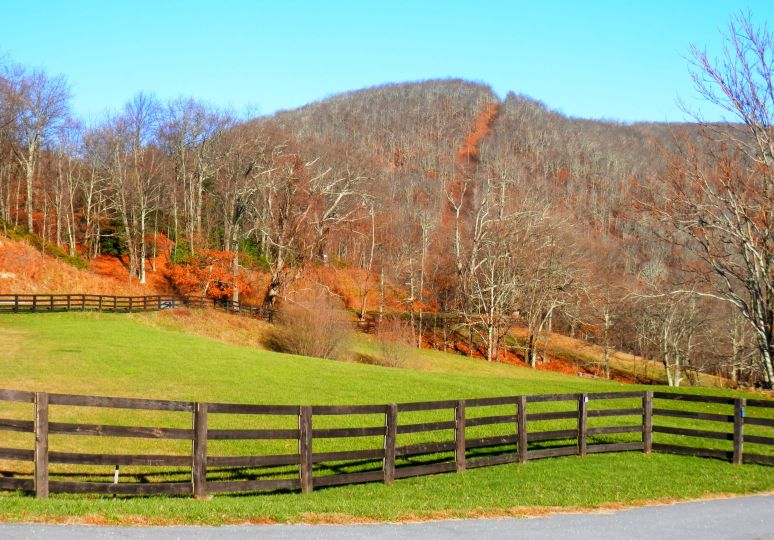 The miles of perfect wooden fences make the surrounding slopes of Bearwallow Mountain even more picturesque. Hiking trails maintained by the North Carolina Mountain Conservancy wind their way to the summit, where a fire tower looks out over all of the eastern mountains, a relic of pre-satellite fire detection days. Winds atop the barron peak have been clocked at over 120 mph, and six foot snowfalls with thirty foot drifts make it one of the most forbiding places to be in the dead of winter.

A restored Red Barn makes the ideal equestrian center, and also serves as the location of many community events. Open spaces of this kind near the tops of major mountains are rare in North Carolina, and to have a home inside one of them is quite special.

The Grand Highlands Lodge has become a favorite place for weddings, and with the backdrop of blue mountains and grazing horses, who could blame the lucky bride and groom.

The scene is very reminiscent of The Biltmore Estate just twenty miles to the northwest. Who knows, had George Vanderbilt come to Bearwallow Mountain before settling on his Asheville setting, he might have changed the history of the entire North Carolina mountains, and Hendersonville might have become the major city that Asheville has become today.

3 thoughts on “The High Meadows of Bearwallow Mountain”