Waking up to a light rain with the temperature hovering just above freezing told me one thing. There had to be snow nearby, and I intended to find it. I drove west at 8 a.m. on Cedar Creek Road, and made a left onto Bat Cave Road at the 2,100 foot level. The hunt was on, and as I snaked up toward the pass between Stone Mountain and Round Mountain, there it was. Snow. It covered the slopes of Stone Mountain above the 2,600 foot level. Just twenty-five minutes from home, and my suspicions were confirmed. 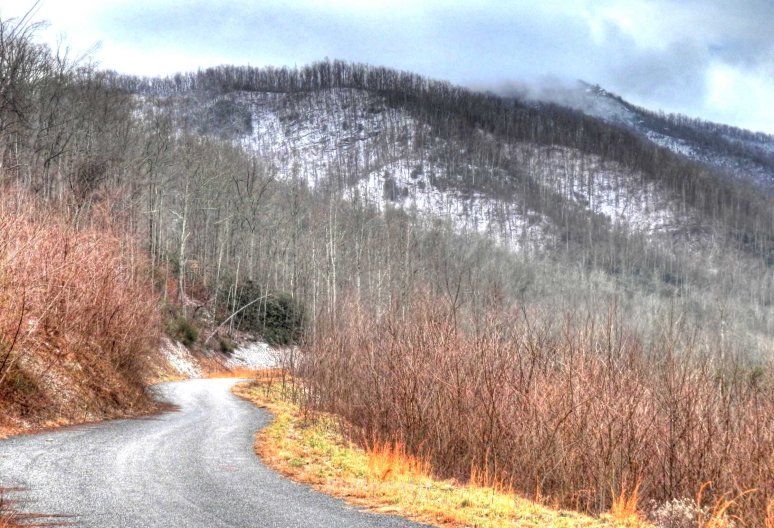 Walking up into the woods, the crunch of recent flakes was unmistakable, but the slope was too steep to climb any further.

Much to my disappointment, there were no flakes actually falling, so I drove up to an area known as Sun Dance Ridge, above 3,000 feet. To the southwest was a long line of mountains, with the tallest being 4,400 foot Little Pisgah, and the entire range was embroiled in snow clouds.

The wind was biting, and flurries were flying around up here, but this would have to be a morning where I enjoyed the snow from afar. After waiting for the clouds to clear from the summit of Little Pisgah, the entire valley suddenly cleared, and I knew that my early morning snow chase had been well worthwhile. 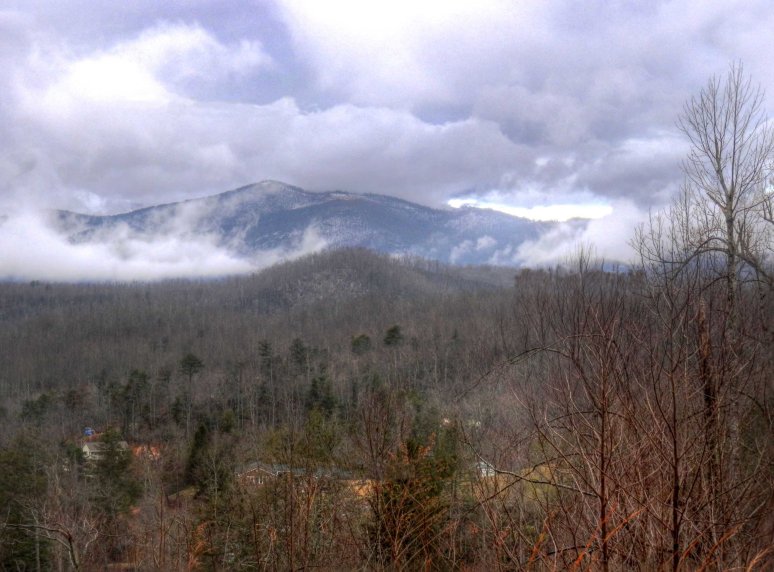 By 10 a.m. I was back inside my warm house, and it was time for a late breakfast. No walk with the dogs today.