Spring Snow in the High Country 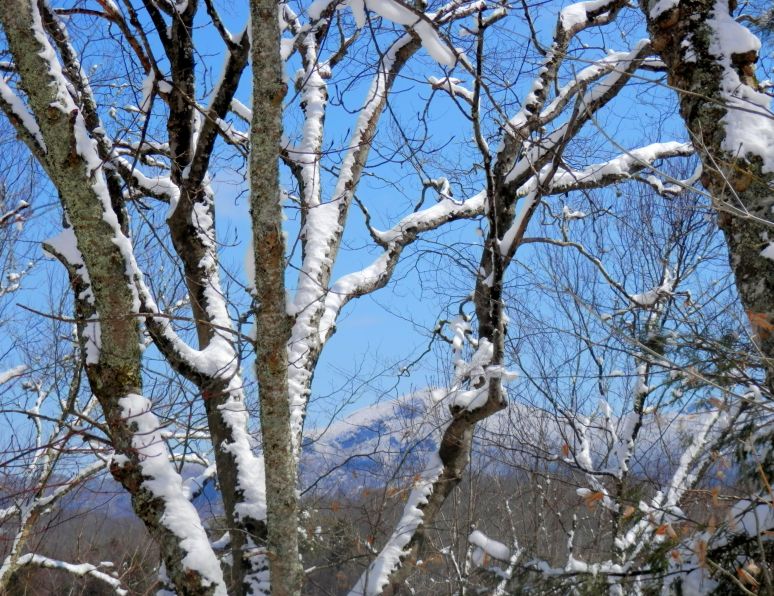 Seeing Grandfather Mountain through the snow covered trees would be a normal sight in January or February, but to find this much snow in late March is a rare treat. After a foot of snow fell over the High Country earlier this week, I couldn’t resist one last drive up to the Elk River Valley, and Banner Elk ski areas. Below is a view of Beech Mountain from Sugar Mountain.

With the Easter season upon us, I found this small chapel at St. Bernadette’s Catholic Church at the base of snow covered Grandfather Mountain.

Closer to Sugar Mountain, I found this Church of Christ, below, with the ski slopes as the perfect backdrop. 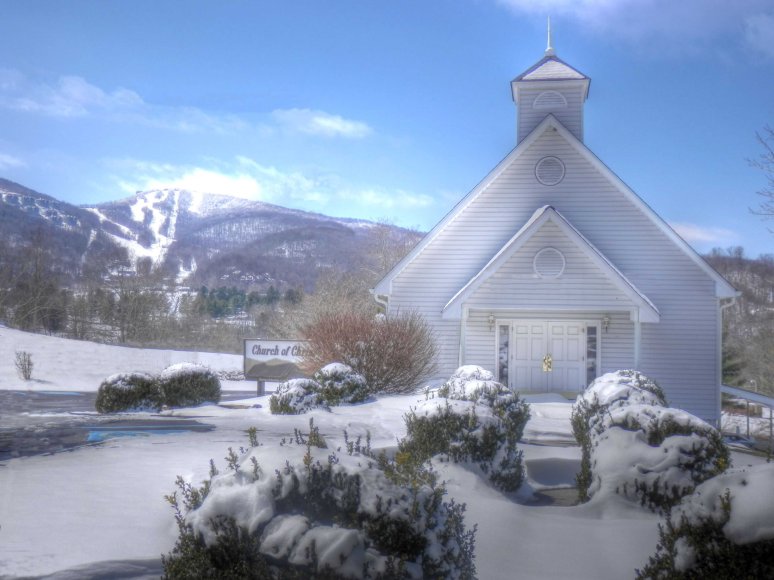 Taking a closer look, I could see the skiers on the mountain. Click on the photo below to get the most detail. All ski runs were open. The mountain will stay open through Easter Sunday, the first time it has ever been operating after March 28th.

The quaint roads in the Sugar Mountain village offer incredible scenes of fresh fallen snow. Click on any photo, and move through all of the pictures one at a time. Return to this page by clicking on the “X” in  the upper left corner.

Going into the ski lodge, it was time for a beer or two in the Last Run Lounge. The entire resort was developed and is still owned by an Austrian Olympic skier who had a dream of building a family ski area in North Carolina in the 1970’s. The Austrian flag flys over the lodge.

The video below will take you on a ride down a snow covered lane, and will let you watch skiers and snowboarders as they speed down the final run toward the Base Lodge. The temperature was 41 degrees, perfect for Spring skiing. There’s no music added to this video. With all the snowmaking guns turned off, you can hear the sound of the wind and the calls of the skiers. That’s the way skiing was meant to be. Some of the better skiers are traveling nearly fifty miles an hour.

2 thoughts on “Spring Snow in the High Country”