Find a dead tree on the forest floor, and chances are you’ll also find the most beautiful of all the mushrooms. Called the Turkey Tail because of the color and layering of the “conk”, or fan like body of the fungus, the actual name is Coriolus. These showy parasites find rotting wood, especially oak and birch, and slowly break down the cellulose in the body of the dead tree.

They are commonly called “turkey tail” because their various colors: brown, orange, maroon, blue and green — reminiscent of the plume of feathers in turkeys. In China, their common name is yun zhi. In Japan, this mushroom is known as kawaritake or “cloud mushrooms,” invoking an image of swirling clouds overhead. In many Asian cultures, turkey tails’ incurving cloud forms symbolize longevity and health, spiritual attunement and infinity. 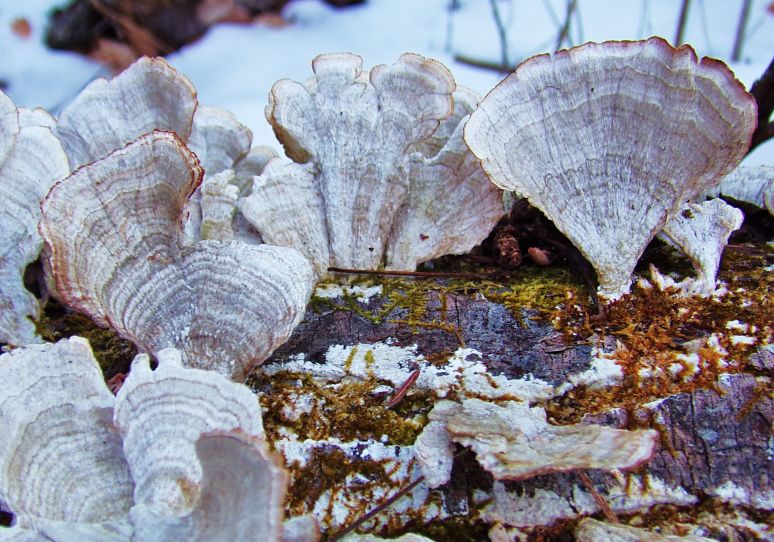 These fungii, also referred to as brackett or shelf varieties, live for one or two years, unlike most mushrooms that are here today and gone tomorrow. Even after they die, their skeletons remain as part of the colony, attracting beneficial algae and insects. When algae lives on the old conks, green can become a dominate color. (below) 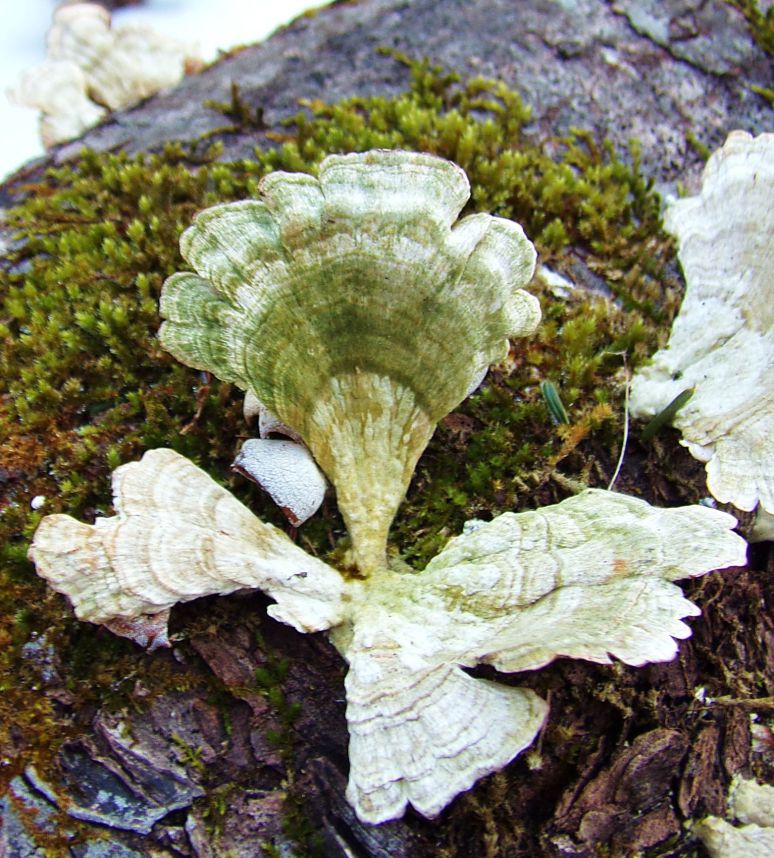 Turkey tail mushrooms have been used to treat various maladies for hundreds of years in Asia, Europe, and by indigenous peoples in North America. Records of turkey tail brewed as medicinal tea date from the early 15th century, during the Ming Dynasty in China. Our ancestors certainly encountered them and most likely explored their uses long before written history. Since the late 1960s, researchers in Japan have focused on how turkey tail benefits human health and how extracts of turkey tail can boost the immune system. 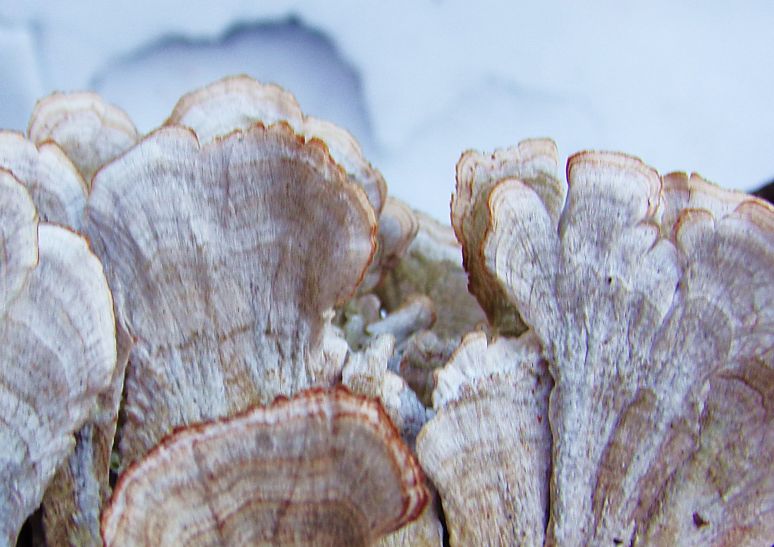 This super-abundant colorful mushroom is called bracket fungi, meaning that they form thin, leather-like and leaf-like structures in concentric circles. Rather than gills underneath, as in shiitake mushrooms, their undersides have tiny pores, which emit spores, placing them in the polypore family. These mushrooms grow throughout the world, practically wherever trees can be found. In fact, turkey tails are some of most common mushrooms found on wood on the planet.

Of all the world’s mushrooms, turkey tails are the most researched in relation to their power to strengthen the human immune system, and also to fight cancer. Clinical trials have confirmed the ability of the turkey tail extract to lesson the damaging effects of chemotherapy, and to shrink tumors, especially for people fighting breast cancer. 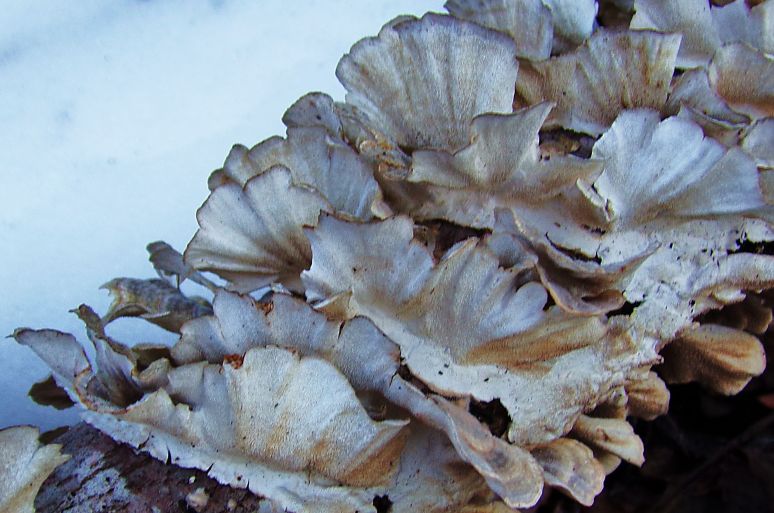 All of the preceding photographs were made on a frigid winter day, but the following images were made last spring in the same area of Otter Creek Valley along the Blue Ridge Escarpment of the Appalachians in North Carolina. 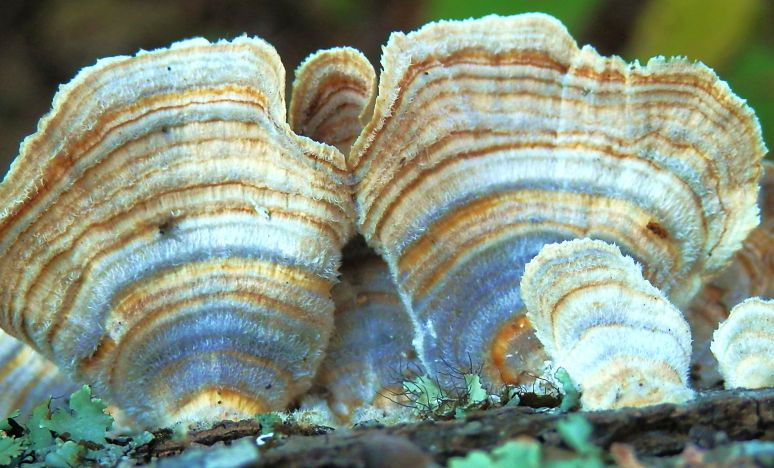 4 thoughts on “The Miraculous Power of Turkey Tail Mushrooms”