About fifteen miles east of Wilmington is a ten mile long barrier island that sits between the Atlantic and the Cape Fear River. Two tourist towns have been here since the 1920’s, and the North Carolina Aquarium was located here about twenty years ago. Fort Fisher, an earthworks Confederate fortification, is also here. It guarded the entrance to the Cape Fear during the Civil War.

The first ten years of my life found me at the smaller southernmost town of Kure Beach (pronounced as two syllables with long “U” and “E”), where my grandmother ran a rooming house and three tourist cottages. Much has changed in the past fifty years since Grandma passed, but this past weekend found me back on the expansive beach behind where her house used to stand. I was transported to a place of long ago. 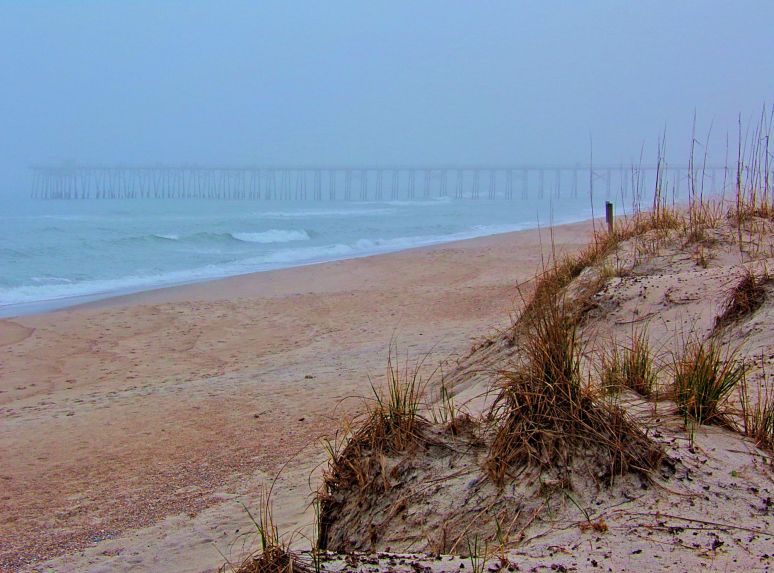 The original fishing pier at Kure Beach was built in 1923, and was the first such ocean pier constructed along the entire Atlantic coast. 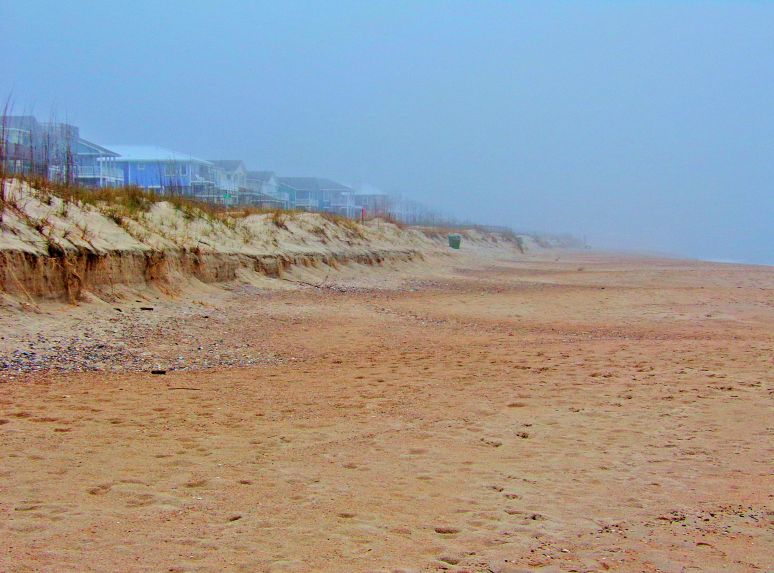 The only place in the entire US that was attacked by German submarines during the second World War was a Dow Chemical bromine extraction plant that stood atop this stretch of beach. The shells went long, and harmlessly fell into the Cape Fear River.

Many hurricanes have devastated this narrow island over the years. The pier has been destroyed and rebuilt many times, but the fishermen still return.

The current incarnation has lasted for decades as the weathered railings can attest.

By building the pier higher than before, it seems to escape the destructive power of the giant waves.

When schools of Mackerel and Bluefish are running, it’s difficult to find an open spot to drop your hook. Definitely not the case on this day.

The small collection of shops and restaurants west of the pier are the only such places along this entire beach. 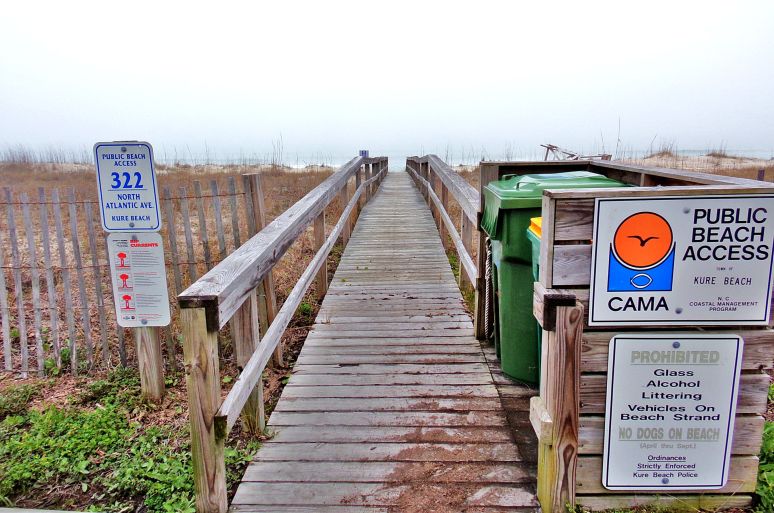 New dunes with Sea Oats have been constructed along the entire barrier island to protect the shoreline from erosion. Wooden walkways connect the roadway with the sand.

That’s yours truly standing atop the dune, and the photo below was made in the same area sixty years ago. I’m the kid on the left, with my mom and little sister.