Just to the northeast of iconic Lake Lure, on the eastern slopes of the Blue Ridge Escarpment, sits 2,800 foot Young’s Mountain. During most of the year,  the views from the mountain are obscured by thick forests of deciduous trees.  During the months of deep winter, those leaves are gone, and the view opens in all directions. 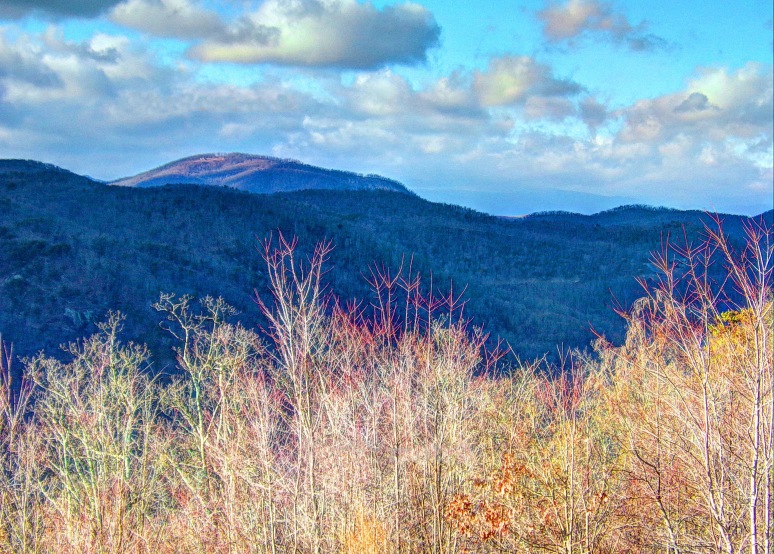 Round Mountain in eastern Buncombe County catches the last rays of the setting Sun in this northwesterly view. 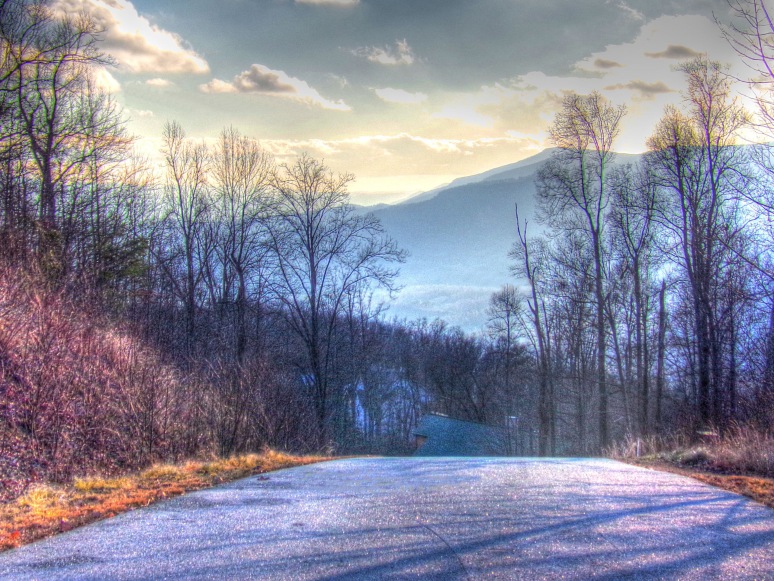 4,000 foot Sugarloaf Mountain dominates this southerly view. Lake Lure lies far below this roadway at the entrance to Hickory Nut Gorge and its most famous feature, Chimney Rock.

In this westerly view, Stone Mountain stands between Mount Shumont to the south, and Hickory Nut Mountain to the north. 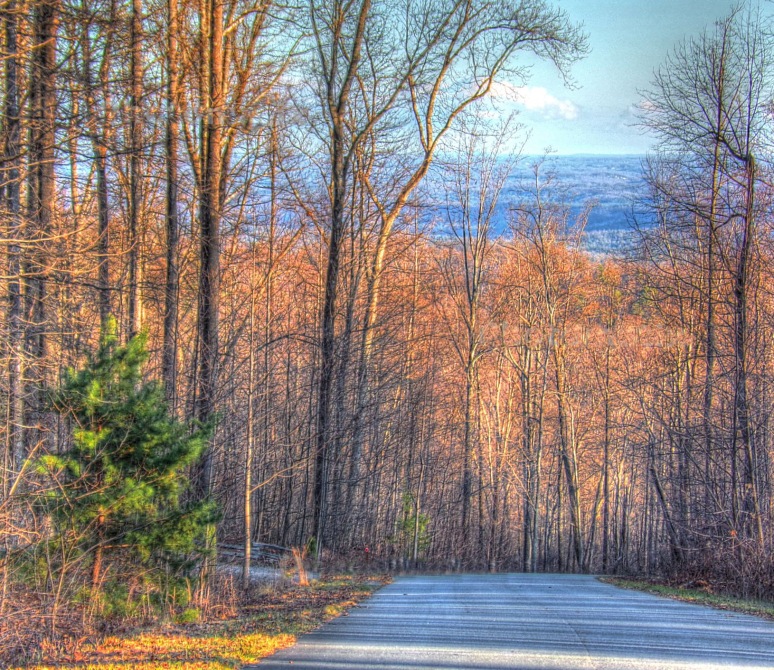 Turning toward the east, the expansive Piedmont Plateau stretches as far as the eye can see.

Toward the southeast, Bill’s Mountain overlooks the lakes of Apple Valley Golf Course, with the skyscrapers of Charlotte just over the horizon in the center.

A closer look at the Piedmont’s southeastern horizon reveals Crowder Mountain on the left and King’s Mountain to the right. During the final weeks of the Revolutionary War, the British forces under General Cornwallis, were defeated by the Continental Army in the fields beneath both of these mounds, leading to total victory by General George Washington at Yorktown, and the unconditional surrender of all British forces. 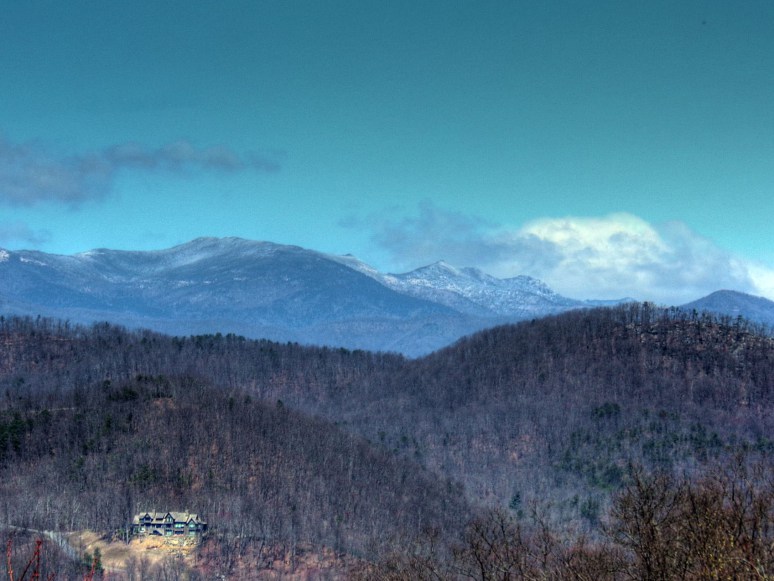 Looking to the north-northwest, the Black Mountain range, with towering Mt. Mitchell, the tallest peak east of the Mississippi, is covered with a recent snowfall. The large home in the lower left was the HGTV Dream Home in 2006, the only home ever completed in the financially troubled Grey Rock gated community north of Lake Lure. Below is an architect’s rendering of the expansive log and stone masterpiece. Current owners purchased the home from the contest winners in 2009, and are happy to have the entire development to themselves. Who can blame them? 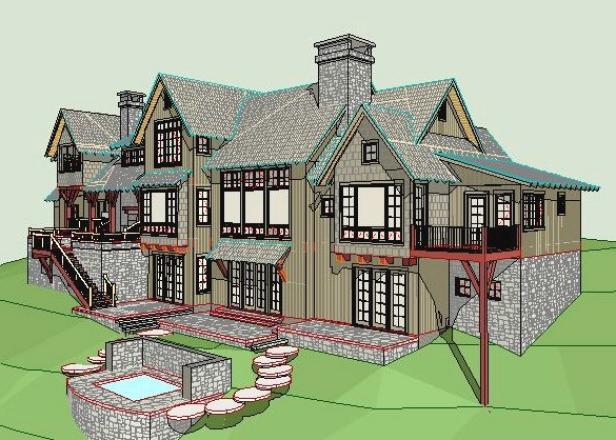