Years ago I discovered an alternate way down the Blue Ridge Escarpment from the Eastern Continental Divide where I-40 passes Ridgecrest at 2,700 feet. When the Southern Railway first crossed the Blue Ridge at Ridgecrest in the 1880’s on its way to Asheville, the railway needed to build a maintenance road to service the twelve miles of track and seven tunnels. That historic byway, although unmarked on most maps today, was built with mules, dynamite, and manual labor, and is still maintained by the Norfolk and Southern Railway as a vital link to their most famous stretch of rails. In the map below, Mill Creek Road can be seen just west of the railroad (black line). The video attached follows the upper hairpins and switchbacks of the road in the area just west of McElroy Tunnel before the road follows Log Creek. 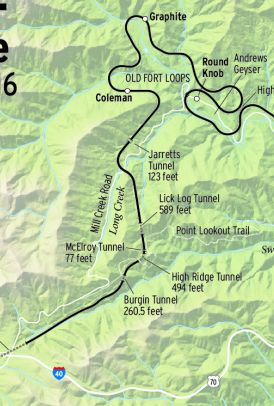 The road has never been paved, and few guardrails were ever built, even though steep drop-offs are along every curve. With this week’s heavy snow along the escarpment, the road is covered, and driving is treacherous.  If you’ve ever skied or snowboarded, you’re familiar with “Catwalks”, the trails built along mountain ridges connecting the larger open areas. Driving down this road felt very much like skiing  along one of these Catwalks.  At the bottom on the road, you find Mill Creek, and the famous Andrews Geyser. It was built in the 1890’s to commemorate the completion of the Southern Railway over the Blue Ridge and the Eastern Continental Divide. It is totally gravity fed from a mill pond much higher up Mill Creek. After two weeks of extreme low temperatures, the geyser has built an ice mound around itself, and a layer of ice covers the ground within a forty foot perimeter around the geyser.

Below are images made on January 19th. The “rainbow” is formed from the falling spray when the Sun is in the right place. 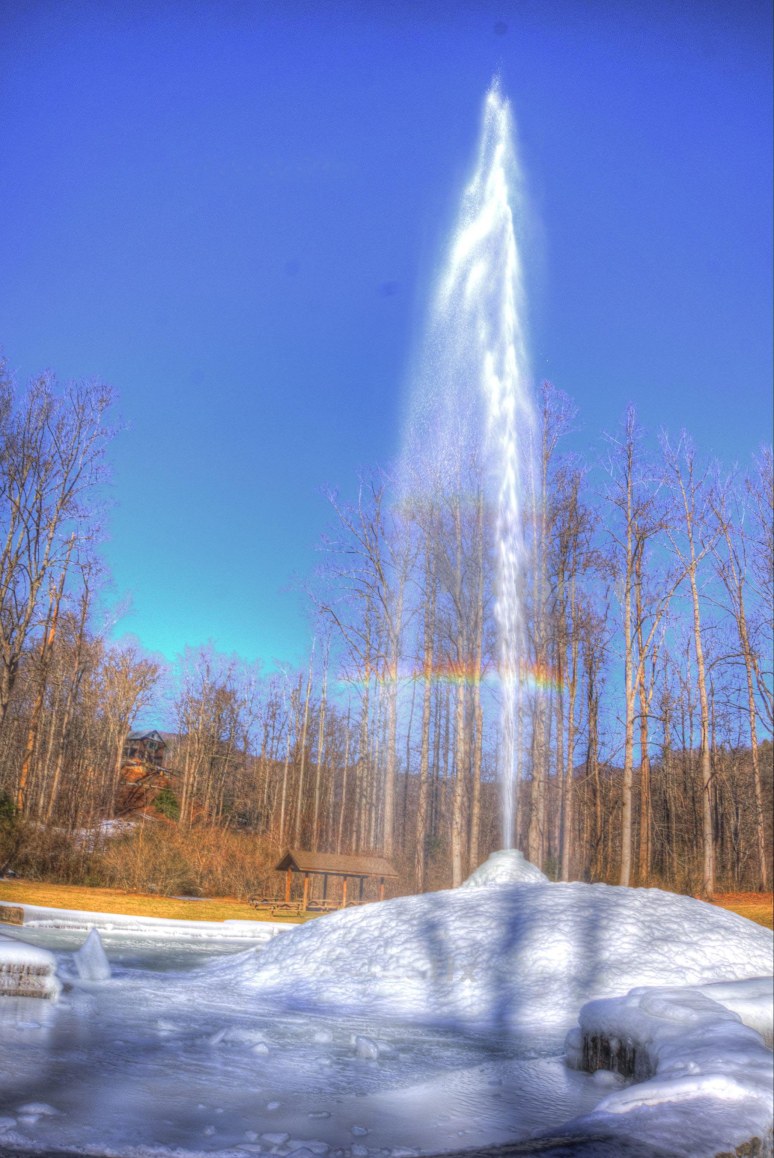 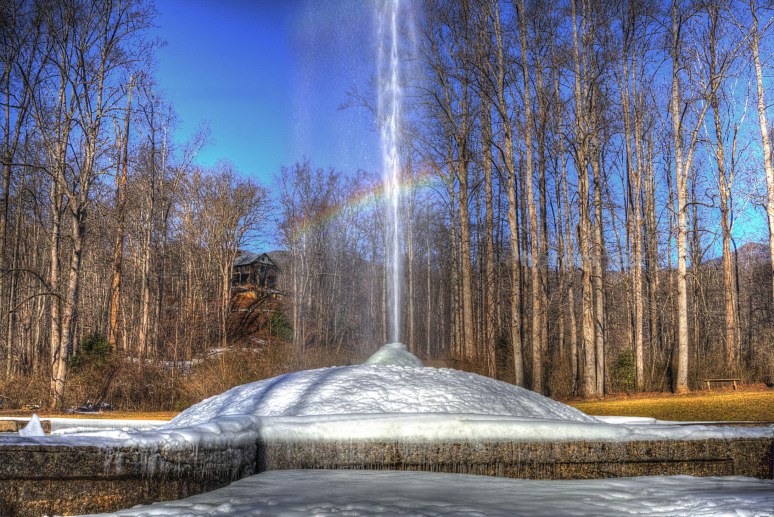 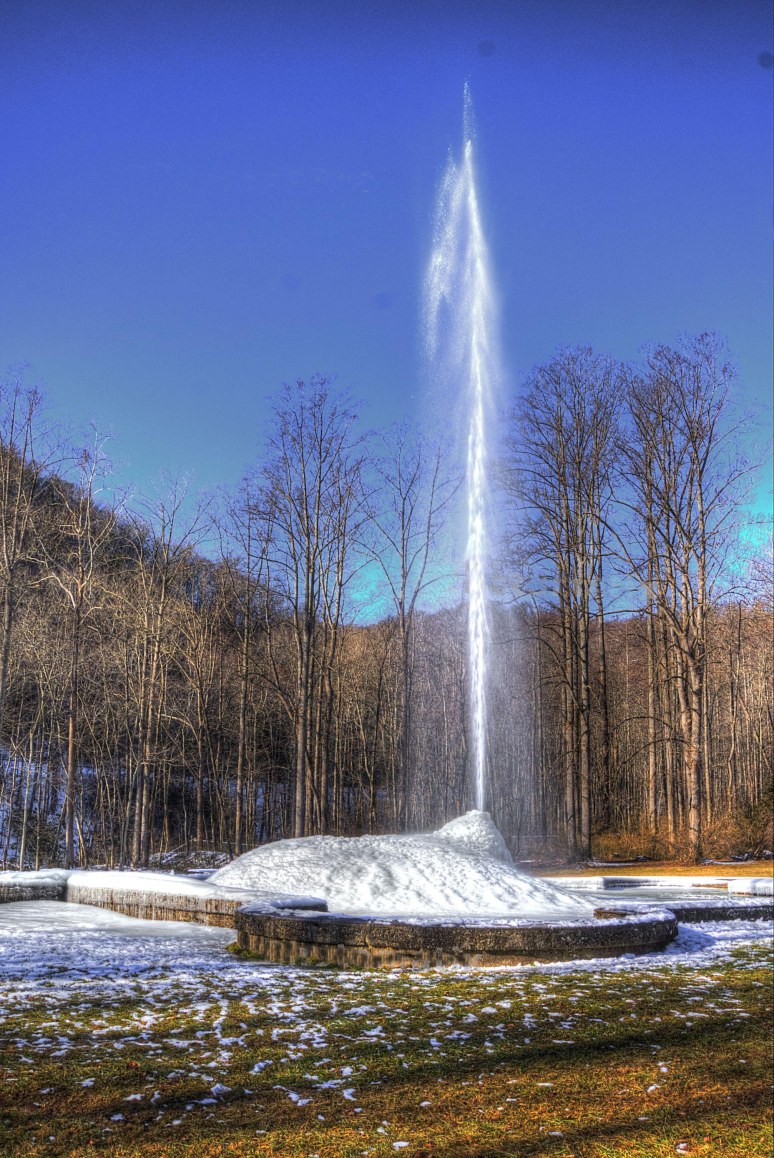 3 thoughts on “Mill Creek Road and Andrews Geyser in Snow”