With temps in the high 60’s, and super low humidity, one might think it was mid October instead of early July, along the eastern slopes of iconic Grandfather Mountain. Rough Ridge Trail leads from the Blue Ridge Parkway north of Linn Cove Viaduct, to a series of giant boulders and outcroppings near the 5,000 foot level of the Blue Ridge. The sky and the clarity of the view were just spectacular on this Sunday afternoon, and with cars parked a quarter mile along the Parkway from the trailhead, you would have thought that everyone in Blowing Rock and Boone was there to enjoy the rare conditions.

The Piedmont Plateau was very visible along the eastern horizon. 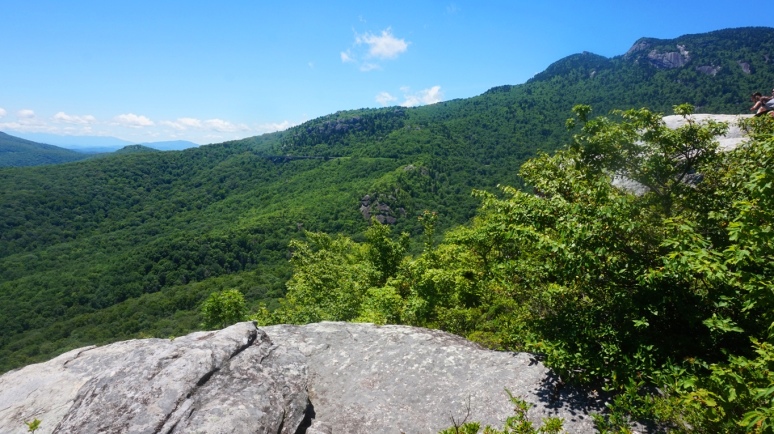 Linn Cove Viaduct was barely visible in the thick Summer forest near the summit of mile high Grandfather. (Upper center) 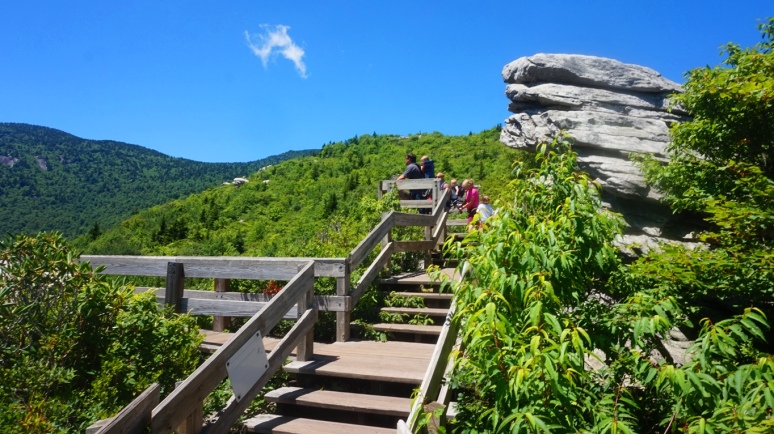 Grandfather was impressive behind this brave couple…

Yours truly found the perfect spot for a great sunbath… 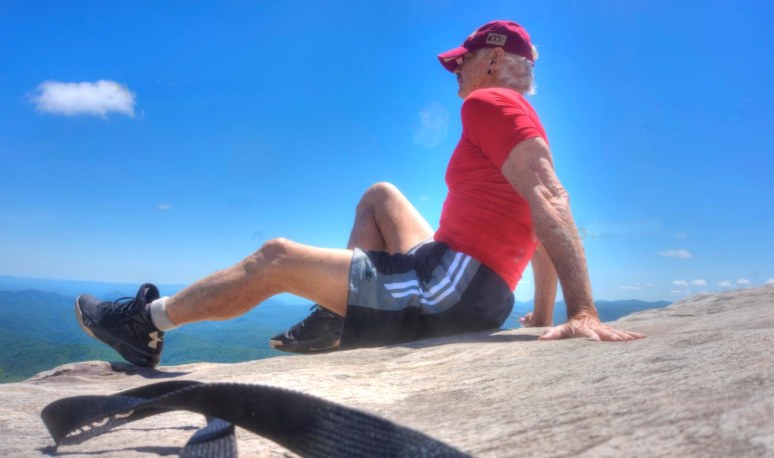 …and just couldn’t get enough of this incredible Blue Ridge afternoon.

On the hike back down the rocky trail, late Rhododendron  caught the sun just right.

2 thoughts on “October in July at Rough Ridge Trail”