The Remarkable Eastern Redbud in Spring

After living in these mountains for eleven years, I thought I had experienced all the “Wow” moments that have stopped me in my tracks so many times. My first Autumn, my first snowfall, the Carolina Rhododendron gardens of Roan Highlands, incredible waterfalls, the delicate Dogwoods, and the profusion of flowering trees of April, but until today, I had never fully appreciated the ubiquitous Redbud Tree.

First to flower in a color other than white, the gangly  shrub/tree could always be found deep in the woods, and along the two lane byways of the South in late March, bringing a patch of bright pink to an otherwise drab winter landscape.  Until today, I had never experienced more than a few Redbuds in one place. Today that all changed.

Two summers ago, Oak Mountain in northwest Rutherford County was clear cut of its forest, leaving only a few lucky sentinels as a reminder of what had previously covered its slopes. At the time, I felt as though the entire mountain had suffered a rape, denuded of its oak, poplar, hickory, maple, and ash, in a most violent way. I mourned for the animals and birds who had called Oak Mountain home for over a century. I lamented the fact that the loggers had left piles of limbs and debris in their wake, and that no replanting had occurred after they had fled.

Nature has always tried to heal the scars that men make, but sometimes she does this in a most unexpected, and surprising way. What I saw on Oak Mountain today was one of those times.

Having spent the past two weeks in South Florida, Spring began without me below Oak Mountain, so as I drove along Cove Road northeast of Lake Lure trying to quell the cabin fever that has affected us all with this pandemic, I had to pull over when I was suddenly presented with a blanket of pink along the higher slopes of that formerly ravaged dowager.

For whatever reason, thousands of Redbud, also called Judas Trees in these parts, had covered the northeastern slopes of the mountain, replacing the lost giants with a profusion of magenta and pink waves of color. Why these short shrubs had done this so completely is a mystery. I was awestruck. 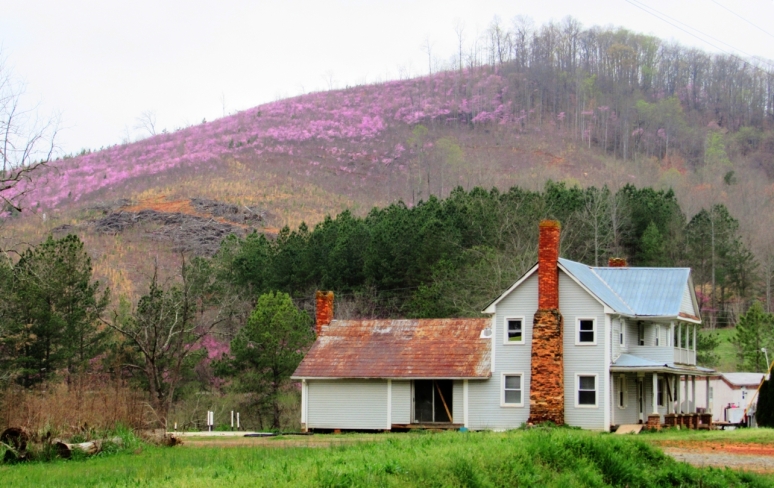 The small buds of the Eastern Redbud, in an image by Greg Hume… 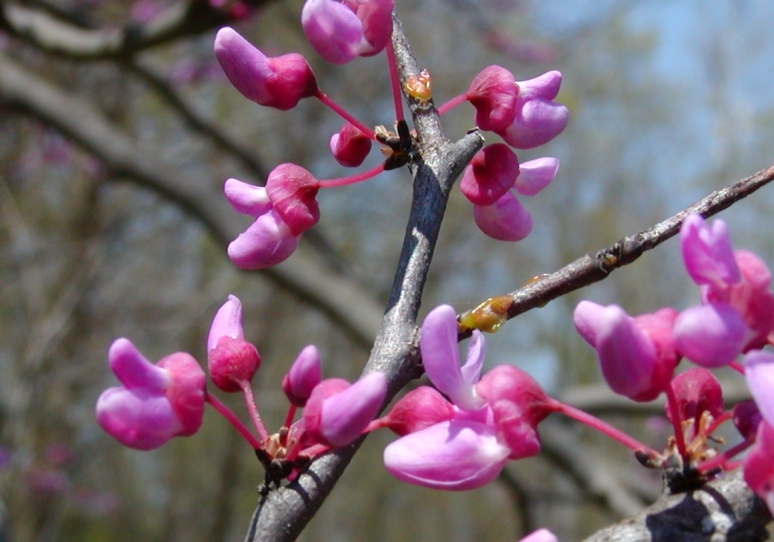 The flowers are edible, and the seeds and twigs can be ground into a seasoning for wild game, thus another name for the tree, Spicewood.

3 thoughts on “The Remarkable Eastern Redbud in Spring”