Just in time for the Catawba Rhododendrons,  the Cecil family has opened the gates to the Biltmore Estate in Asheville for a limited number of Annual Passholders. 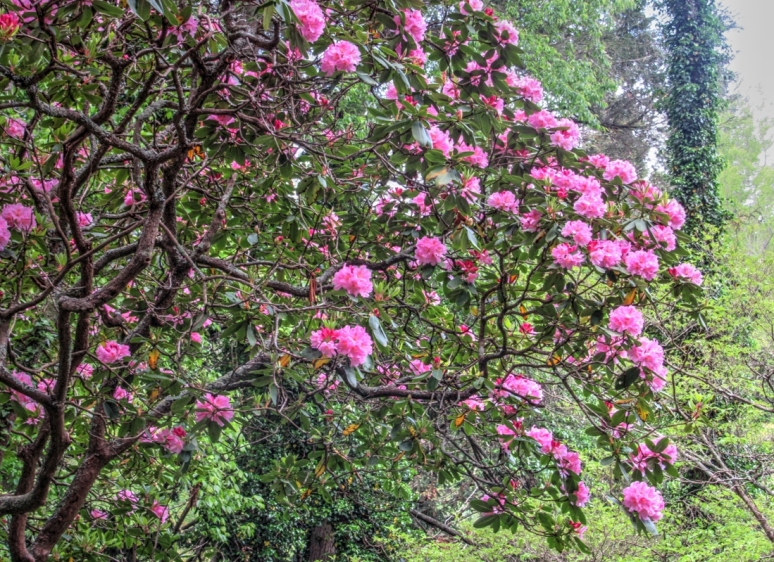 The best part is that all roads on the grounds are once again allowing private vehicles to drive freely through the spectacular  creation of Frederick Law Olmstead, the first time that has been permitted since last September, when vehicles were  restricted to the entrance road, and the western portion of the Estate along the French Broad River, and around the hotels and restaurants and the Vineyard.  Once again you can cruise past the House, and drive into the Gardens. The Garden gift shop, which had been closed last October, has also reopened. 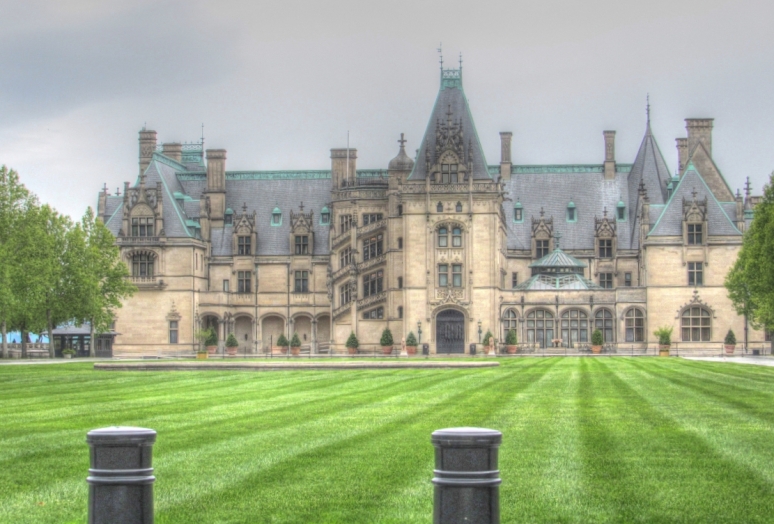 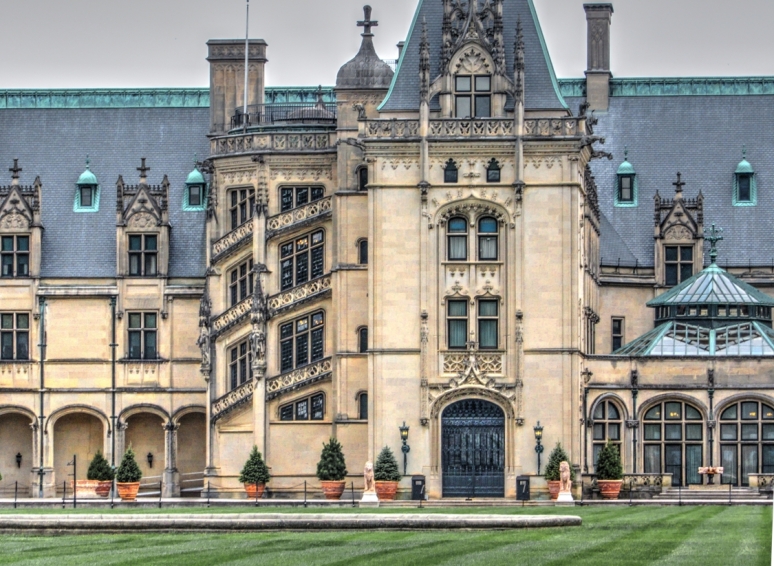 Driving through the Estate, I never saw another car ahead of me or behind me.

I could explore freely on foot, admiring all the varieties of Rhododendron, Azalea, and Mountain Laurel, all related to one another. 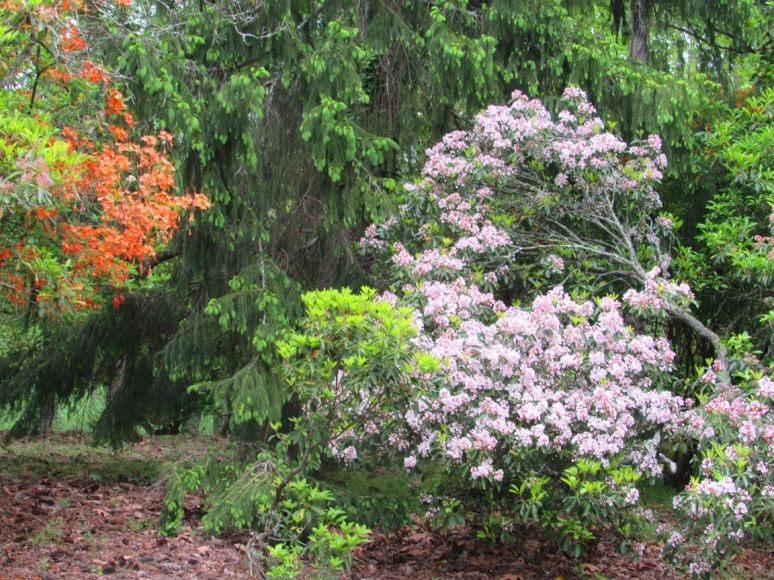 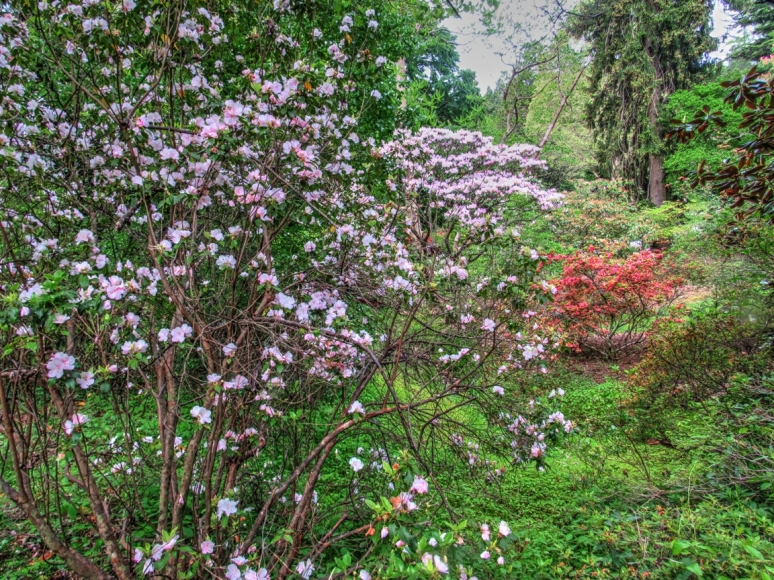 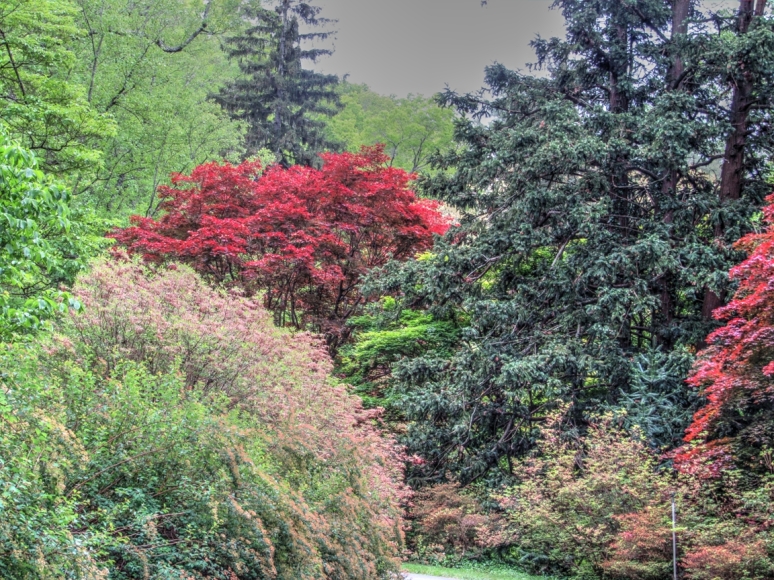 Japanese Maples along the drive…

Climbing Roses in the Conservatory’s garden…

They don’t call it The Reflecting Pond for nothing…

On the way back to Otter Creek, I stopped to look back to the west, and to admire Mount Pisgah and the Balsams. That’s the eastern slope of Sunset Mountain in the foreground, and Asheville is nestled in the valley between the two. 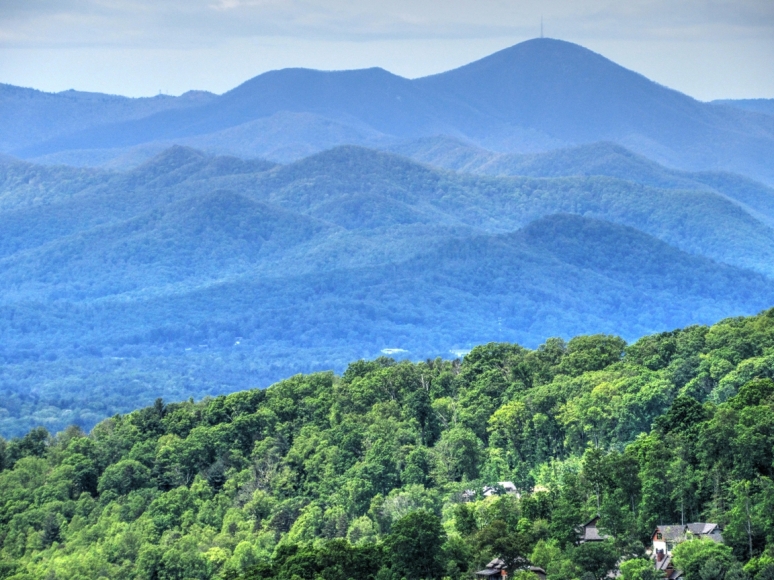 George Vanderbilt had a vision of the grandest house ever built in America, and even a pandemic cannot take away from his dream.